Damaging move or status move: that is the question 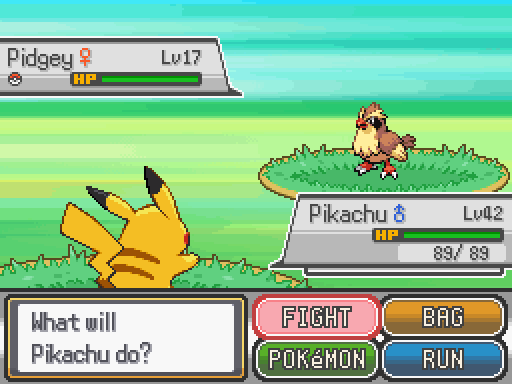 In all Pokemon’s main series (i.e., from Red/Green/Blue/Yellow to Sun/Moon), at the very beginning of the gameplay, once the player gets his very first Pokemon (e.g., Pikachu), he is invited to battle against his rival (an AI-controlled NPC), who also acquires his first Pokemon (e.g., Eevee). The result of this battle is not critical, but the player can get a bonus if he wins the battle.

In this battle, the player’s Pokemon has a damaging move and a status move. The former deals damage, while the latter changes the statistics (aka stats) of the Pokemon (e.g., raise self’s attack/defense/evasion, reduce the opponent’s attack/defense/accuracy). Meanwhile, the rival’s Pokemon has similar moves. A natural question coming into every player’s mind is whether it is better to spam the damaging move or to look for some smarter tactic. This article uses the optimal stopping theory to answer this classic question.

Reason tells us that there is no point in using the status move once one has started using the damaging move. Otherwise, one may just reverse the order of these two moves, which will increase the objective function value. Therefore, the above optimization problem is equivalent to the following one [ \max_{A \in \mathcal{B}} P(S_1, S_2, A) , ] where $ \mathcal{B} = \{\text{All tactics that stop using status moves before using damaging moves}\}$. The formulation above is exactly an optimal stopping problem: when to stop using status moves and to start damaging moves?

In this article, I will talk about three cases with different types of status moves:

Without loss of generality, we can suppose that

Like the previous case, the player gets the benefit of these stage multipliers at once, but the consequence is a bit more subtle than that. The player could use the status move against stronger rivals, over whom he cannot win otherwise. However, the winning rate is not 100%. Therefore, let us maximize his probability of his winning.

By using the following code,

we get this figure 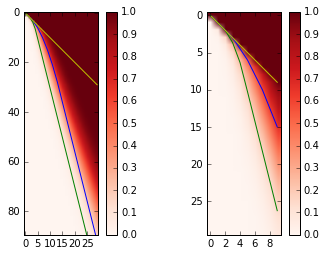 From this figure, we observe that status moves do help the player increase the winning chance. Moreover, the 2nd type status moves are stronger than the 1st type. This is not surprising: In the 2nd case, the player gets the benefit immediately. Asymptotically, the 3rd type is weaker, for its stage multipliers are less aggressive, but, around the origin, the 3rd type can be very useful.

Throughout the article, I supposed that the rival spammed the damaging move, which might not be the case in practice, but it does be one of the many possibilities. In this scenario, I proved that the status move could help the player win the battle that he cannot win otherwise. Therefore, we can safely draw the conclusion that status moves are not a decoration in Pokemon’s gameplay, and that the player is invited to use it wisely.