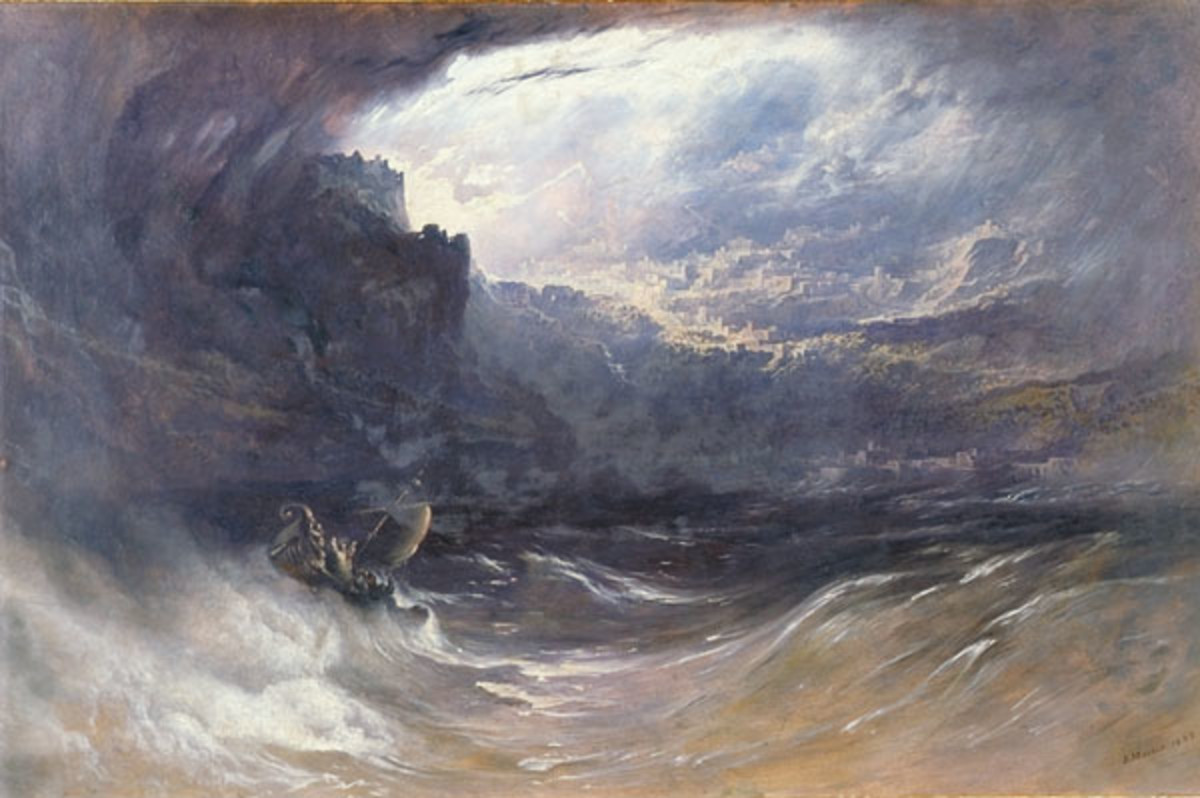 The flood myth occurs in many cultures as seen in the Mesopotamian flood stories, the Genesis flood narrative, Nuh (Noah) in Islam, manvantara-sandhya in Hinduism, etc. Similarly, the Chinese myth also depicts a great flood around 4000 years ago, which every Chinese can recite even till this day.

Despite its popularity, no one would imagine its relevance in today’s COVID pandemic. In this post, I will reveal the similarity between these two events. In particular, the zero-COVID policy can trace back to the great flood myth, where a policy which I call zero-water policy was in use. The zero-water policy failed, after nine years of persistence, and was then replaced by what I call living-with-water policy. The new policy finally tamed the flood and started a new epoch in ancient China.

This post is organized as follows. I will first depict the great flood myth, followed by a detail-by-detail comparison between the flood and today’s COVID pandemic. Then, by learning from the Chinese government’s mistakes in dealing with the pandemic, I can explain the reason why the zero-water policy failed. Conversely, the switch toward the living-with-water policy teaches us some important lessons in fighting against today’s pandemic.

In about 2300-2200 BCE, when China was under the reign of Emperor Yao (尧), a great flood occurred. The scale was nationwide, and both the Yellow River and the Yangtze valleys were flooded. People had to live atop the hills.

To counter the flood, Yao appointed Gun (鯀). Gun’s strategy was to contain the water outside the living sphere. He had access to a secret weapon, Xirang, which was a miraculously continuously self-expanding soil. He used Xirang to build dams and dikes to block and barricade the flood.

However, even after nine years of flood control, the flood was keeping raging on, and the nation was in a mess. Seeing that he was incapable of solving the problem, Yao abdicated in favor of Shun (舜), who had royal lineage but lived in obscurity.

After his ascension to power, Shun reformed the calendar and standardized weights, measures, and ritual. He also appointed Gun’s son, Yu (禹), to control the flood because Gun stubbornly stuck to the old policy despite years of failures.

Yu tried a different approach as opposed to his father. Instead of blocking the flood with dams and dikes, Yu’s strategy was more oriented toward drainage. He guided the water away from the farmlands and houses by removing unwanted obstacles blocking the flood.

Note: Legend has it that Yu had some channel-digging dragons and mud-hauling tortoises to assist him. These mythical creatures, I believe, are some kind of machine.

I do not know how many years it took Yu to fully control the flood, but most historians had positive opinions on Yu, which can be cross-validated by Yu’s ascension to power after Emperor Shun. Yu later established the first dynastic state of China, the Xia dynasty (c.2070-c.1600 BCE).

There is a one-to-one relationship between the great flood myth and today’s pandemic: flood equals pandemic; water equals the COVID virus.

Gun’s approach of blocking water outside the living sphere can be called the zero-water policy, drawing inspiration from China’s zero-COVID policy, which locks people at home to prevent infection. Just like Gun’s secret weapon Xirang, the Chinese government uses PCR and self-test kits to mass test people. People who tested positive and those in close contact will be transferred to quarantine facilities to keep the neighborhood “clean.”

Yu’s approach of draining the water can be called the living-with-water policy, drawing inspiration from the western world’s living-with-COVID policy, which allows COVID to infect people by either vaccination or natural infection. At first glance, this strategy may appear as doing nothing and admitting defeat, or lying flat as the Chinese government would like. On the contrary, this strategy involves, among others, triage, resource allocation, and symptom mitigation, each of which is highly technical.

The same can be told about COVID. Omicron, for example, will not disappear. It will only come back with more contagious variants. The stringent lockdown will only prevent people from developing natural immunity to the virus. COVID will eventually sweep China, and all that lockdown will be in vain.

Some historians, especially the western ones, disvalued Yu’s efforts. They suggested that floods of such a scale could not be tamed by human efforts and that the flood might as well be gone by climate change rather than by Yu’s efforts. According to them, Yu was just being lucky.

I disagree. It demands wisdom to know what is achievable and what is not. Yu knew not to spend human effort on dams and dikes, which would eventually be destroyed. This labor could instead be spent on farming and damage recovery. In addition, Yu’s drainage project has long-term effects beyond the immediate flood at hand. He might have used this opportunity to develop an irrigation system.

Speaking about long-term effects, the Chinese government is building a PCR testing network. In big cities, a testing station is within 15 minutes walk, and every person has an E-shackle installed on his smartphone. They seem to push the zero-COVID policy to the extreme, while the truly worthy approach should be improving medical resources both in quantity and quality: The testing network has no other use than COVID, while the improved medical resources help in every circumstance.

Yu’s living-with-water and the western world’s living-with-COVID worked, but why Gun’s zero-water and China’s zero-COVID were questionable? Also, why did Gun not change his strategy?

One thing catching my intention is the magic soil, Xirang, allegedly stolen by Gun from the Supreme Divinity. It can expand itself and is ideal for blocking water. Theoretically, it should have been able to contain the flood. With such power, how did Gun still fail?

I suspect that Xirang is some kind of water swelling rubber, which expands when contacting water. In other words, the self-expanding property is not unlimited. To contain a flood of legendary scale, a quantity of water swell rubber exceeding the whole national GDP at that time was needed. To meet this unrealistic demand, producers must have mixed the true rubber with the counterfeits. Gun’s strategy was thus built on false confidence in the production power (cf. Vladimir Putin). 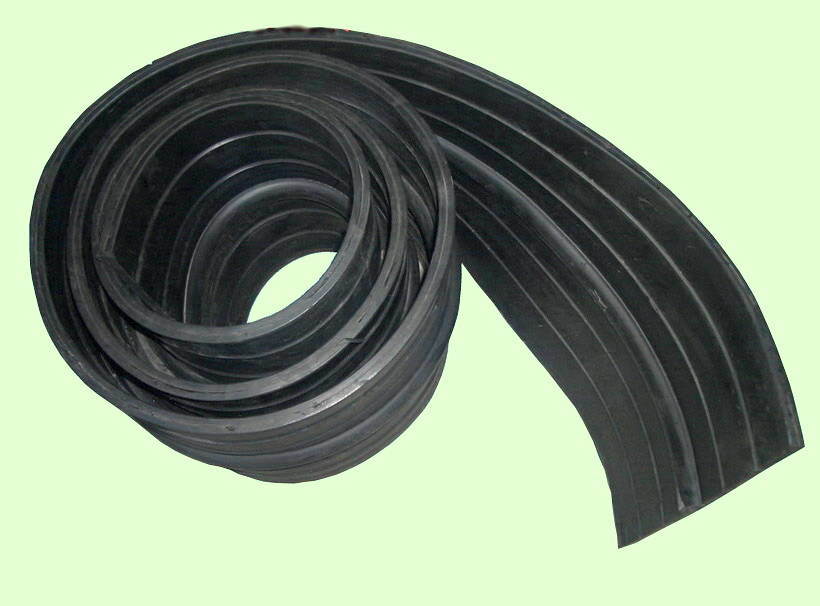 Then, seeing his repeated failures, why did Gun not change his strategy? There may be three reasons. Firstly, Xirang might work at the beginning of the great flood and might have worked for quite a while. Gun thus developed a dependence on Xirang. Secondly, Xirang represented the highest technology at that time. When holding a hammer, everything you see becomes a nail.

Lastly and most importantly, Gun had a personal stake in it. He stole (or led the development of) Xirang and took pride in it; he built so many dams and dikes and exhausted the treasure; he was so involved in the project. Changing the strategy midway was like a slap on his face, putting his previous achievement in question. The sunk cost and vanity handicapped Gun and left him with no choice but to continue his death march.

Gun’s story indicates that the zero-COVID policy will not end by itself. To stop it, there must be some force from the outside. More specifically, an orchestrated political, administrative, and scientific reform is required.

Political reform. Emperor Yao abdicated, and Shun ascended to power. He banished Gun and appointed Yu. Then, the zero-water policy finally ended. To end the zero-COVID policy, political reform of a similar scale is needed.

Scientific reform. Emperor Shun reformed the calendar and standardized weights, measures, and rituals. Similarly, the epidemic model currently in use in China only works on paper. A more realistic one is needed.

Only after the reform in these three aspects, the Chinese will be able to live with COVID. Otherwise, China will be forever living under the threat of COVID.

Around 4000 years ago, China underwent a great flood. They first employed a zero-water policy aiming at containing the flood but eventually switched to a drainage-oriented living-with-water policy in the 10th year of battling the flood. The flood was finally tamed, and a new dynastic state was born.

Today, China is facing a disaster of comparable scale. The lockdown-oriented zero-COVID policy has been in effect for more than two years and has had a heavy toll on the economy. China should learn the lesson and switch to a recovery-oriented living-with-COVID policy. They should also use this opportunity to improve medical resources in general.

In the past two years, I have written 18 blog posts about China, Chinese culture, and Chinese policies. With my clairvoyance, I have fully deciphered the Chinese civilization. For me, it is a finished novel, a played video game, a solved puzzle… I must admit that China was quite intriguing and inspiring for me, and I learned a ton in this adventure.

Now, I will shift my focus toward the world economy and world politics. I will strive to solve problems haunting the entire human civilization. These problems are more urgent and also harder than the ones in China, especially with the impending winter. Therefore, this post is probably my last one exclusively about China.

In other words, I will “abandon” the Chinese people. It is not my responsibility to “save” them, nor do I have the power to save them. Their fate can be altered only by themselves. They have to find their own path and their own way of existing in this world, more specifically, how to contribute to this world and how to be a respectful civilization.

Let me pray for them: May courage and strength be with the Chinese!