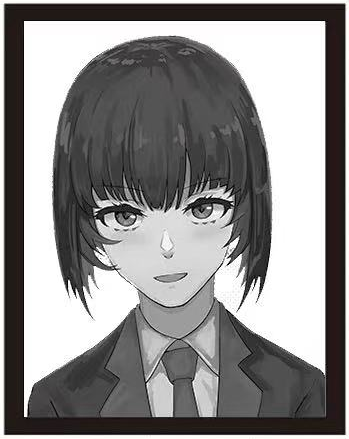 A few days ago, a 22-year-old Chinese video game streamer died of poverty in his rented house, and his corpse was discovered only several days after his death. This misery echoes broad discussion among the Chinese netizens since the majority of the Chinese population live in a similar condition: they can die one day or another, without even someone bidding them farewell.

This misery reveals how dysfunctional China’s social welfare is. It seems that the Chinese government is unaware of the importance of social welfare. So, in this post, let me teach them a thing or two.

Poverty can be an (unavoidable) consequence of economic efficiency

Before saying any bla bla, I would like to invite my readers to watch the following clip, wherein a Japanese restaurant chef cut a watermelon within 12 seconds.

The cost may be slightly reduced thanks to the saving, but the revenue gets a severe hurt instead, and the fall of revenue outweighs the reduction of the cost. The net consequence is that the restaurant receives less profit by reducing waste. Meanwhile, GDP gets hurt since fewer watermelons are needed, and the customers need to waste more time waiting for the watermelon.

Analogically, it is better to let the unqualified people jobless rather than let them occupy the machines for production. To the contrary of common sense, some unemployment increases economic efficiency!

As a consequence, some people lose their job and fall into poverty. They are the sacrifice of economic efficiency. Their jobless state itself is a contribution to the country. To compensate for their sacrifice as well as their contribution, we need a social welfare system to support them.

GDP can be calculated from either the consumption or the production, either in the short term or in the long term.

Then, let us discuss the short-term production perspective. Since the total need increases, companies need more workers to fulfill the orders. Jobs are created. The poor then get a chance to be employed or can work extra time for extra salary.

Among all these jobless people, some of them are discouraged workers. They might suffer from post-traumatic stress disorder and thus are unwilling to work or look for work. Social welfare can support them through their downtime while they are unwinding. Then, they will rejoin the workforce, and hence the total production of the society increases.

Concerning the long term, we can refer to the Solow Growth Model (Solow was awarded the Nobel Prize in Economics in 1987): \[ Y = A F(K, L), \] where $Y$ is GDP, $A$ technology, $K$ capital, $L$ labor, and $F(\cdot, \cdot)$ the production function, which is monotonously increasing with regard to both arguments.

From the above equation, the more labor there is, the higher GDP is. Even though those supported by social welfare are unwilling to work, their offsprings may join the workforce. To some extent, they may raise more offsprings than those working hard since they have more available time to take care of their children. This reasoning is cross-validated by the phenomenon that, in western countries, black families (many of which are supported by social welfare as the primary resource) have more children on average than white families.

In the past, rises in technology (A) and capital (K) are the main driving force in China’s GDP. However, the trend seems to reach an end. Concerning the technology, the United States is decoupling from China, which means that China can steal less and less technology from the US. Concerning the capital, China has already built a lot of infrastructure in the past years; the need for infrastructure has significantly decreased.

The only remaining driving force that can be proactively controlled is labor (L). Unfortunately, according to some independent study, China’s population fell since 2018. The Chinese government should really take an active role in social welfare to ensure that no more people die from poverty like the video game streamer who died recently.

What to do with those jobless in China?

Some readers may question me by saying that the unemployment rate is high in China, and thus China needs fewer people. In this section, I will address this question.

First, we need to know that the natural unemployment rate is around 5%. That is, in a healthy economy, about 5% of the active population (those willing to work) are looking for a job, regardless of the population size.

In other words, no matter how populous a country is, only 5% of the active population is unemployed, as long as the economy is healthy. The abnormally high unemployment rate in China indicates that China’s economy is unhealthy.

In my opinion, the following five factors contribute to the high unemployment rate in China.

Many Chinese overseas hold the same opinion as the Chinese government does. They believe that social welfare, like in many western countries, is only a burden to society. After reading this blog post, I hope that they can reach a more advanced understanding of the role of social welfare.