Abstract: Natural disasters such as recent floods have caused huge economic loss to the delivery services in China. Many delivery drivers, also known as riders in China, had their vehicles or electric bicycles damaged during these disasters and hence lost their jobs. To help future potential victims of natural disasters recover from their loss, I propose a special casualty insurance conditioned on natural disasters. I will also argue that this insurance is most helpful to the Chinese economy if it is financed by the government. For readers who can read Chinese, I have also prepared a Chinese version of this post. The Chinese version is intentionally made anonymous, and please feel free to distribute it.

This summer, a great number of provinces in China have been hit with excessive rainfall and the consequent floods. Even in developed cities, such as Shanghai, many roads are covered with water because of the dysfunction of sewers. Many riders have seen their vehicles or electric bikes damaged when crossing these flooded areas. It is worth noting that a rider earns in average 3 CNY per order while a typical electric bike costs 1000 CNY. Given that these vehicles and bikes are the riders’ personal properties (instead of being provided by their employers), a rider losing his vehicle or bike can consequently lose his job. 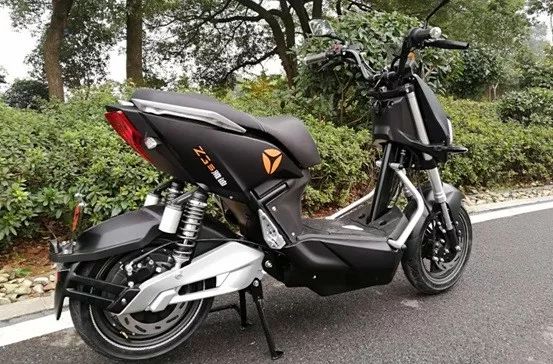 It is thus essential to provide insurance to the riders. In the current market, there do exist some commercial insurance products protecting one’s transportation tools, but they are in effect only when the damage is due to a traffic accident. They do not say a word when the damage is due to natural disasters. Therefore, it is necessary to design a new type of insurance taking into account the natural conditions as well as the rider group’s intrinsic risk.

The remaining issue is then who should finance this insurance. Possible candidates are riders, consumers, platforms, and the government. In the following, I will discuss these candidates one by one, in an attempt to find the most appropriate candidate for this task.

Riders can set up mutual insurance among them by each contributing a fee to a joint account. When one’s transportation tool is damaged, he gets reimbursed from the joint account. Then, no one would lose the job merely because they could not afford a new vehicle after losing the old one. This strategy works, but it does not change the fact that riders, as a whole, are losing money because of the natural disasters. In the long run, the rider group’s average revenue decreases, and fewer people are willing to be riders.

This phenomenon is better explained in economic parlance. We say that the aggregate supply (AS) curve is shifted to the left due to the shock caused by the natural disaster. The market moves from one equilibrium (a) to a new one (b). During this process, prices go upward, and the GDP decreases. The economy is then in stagflation.

Consumers can buy insurance for riders by paying an extra delivery fee per order. This strategy transfers the loss of riders onto consumers; it does not alter the fact that the industry, as a whole, suffers the loss. In consequence, the purchasing power of the consumers decreases. Consumers will buy fewer goods.

In this case, the aggregate demand (AD) curve is shifted to the left. During the process, prices drop, and the GDP falls. The economy is then in recession.

In the Chinese e-commerce ecosystem, the riders are employed by some platforms. These platforms match consumers and small retail businesses and send the riders to do the delivery work. Instead of providing them with a transportation tool, the platforms hire only people already owning one.

Instead of letting the platforms do the work, the government can play a more active role by offering this subsidy. Each time a transportation tool is damaged, the government reimburses the rider, and the rider then buys a new one from the vehicle maker.

This policy will shift the AD curve to the right. During this process, GDP rises, and prices rise.

Among the above four strategies, the government subsidy is the only one able to raise the GDP and the employment rate. The only inconvenience is the potential consequence of rising prices and fiscal deficit. In the following, I will discuss these two issues.

Inflation caused by the government subsidy

By the way, it is obvious, but it may not be straightforward for non-professional readers, that doing nothing is equivalent to the mutual insurance strategy in the macroeconomic aspect. They both cause inflation.

Although the government subsidy can worsen the fiscal deficit, the government can expect to obtain higher tax income in the next fiscal year thanks to the higher GDP and employment rate.

Besides, it is wiser to judge government subsides by contrasting it with other fiscal policies. That is, to judge with respect to opportunity cost. As far as I can imagine, government subsidies have three advantages:

The government can increase the GDP and the employment rate by providing riders with special-purposed casualty insurances. This policy may lead to a (mild) increase in industrial product prices, but it is acceptable and even appreciated in the context of falling industrial product prices. This policy, in contrast to other stimuli, is less likely to subject to corruption and inflow into the stock and real estate market and has higher return stability. Besides the riders, this policy can be further extended to good and passenger transportation in general.