A walk-through of Hao Huang's solution to the sensitivity conjecture

Earlier this month (July, 2019), mathematician Hao Huang posted a proof of the Sensitivity Conjecture, which has troubled mathematicians for 30 years. To people’s surprise, this proof is only 2 page’s long and involves only undergraduate level math. On the Internet, you can find some reports, written for the general public, about the background story and the interpretation of the sensitivity conjecture. Also, several experts, such as Terence Tao, are elaborating on it. Here, writing for students and non-experts, I will summarize the key steps in Hao Huang’s proof, in an attempt to help them quickly grasp the essential.

A Boolean function $f: \{0,1 \}^n \rightarrow \{0,1 \}$ is a function whose input and output are both binaries. For example, the following image from Quanta Magazine is an excellent illustration of a Boolean function.

From a more mathematical point of view, a Boolean function is a binary colorization of the $n$-dimensional hypercube. 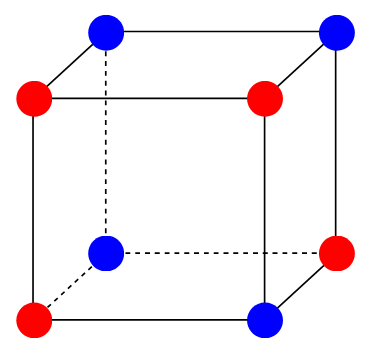 The (global) sensitivity is like the Lipschitz constant. It is the maximum of all local sensitivities. The above figure has a sensitivity of 3.

To describe a person, we can use adjectives such as cute, honest, smart, etc. To describe a Boolean function, we can similarly use metrics such as sensitivity, degree, etc.

By relation, I meant a polynomial relation. That is, in the term of popular culture, whether [ \text{beauty} \le \text{kindness}^a, \quad \text{kindness} \le \text{beauty}^b ] for some constants $a$ and $b$. If the relation is not polynomial but exponential, maybe the relation is too weak and not even remotely relevant. By replacing the words such as beauty and kindness with metrics for the Boolean function such as sensitivity and degree, you discover mathematician’s fetish.

It is long known that all metrics but the sensitivity are mutually polynomially related and form a family. The sensitivity conjecture states that the last rebel sensitivity is also a member of this family.

What we already knew

Mathematicians have thought about it for so long that they even discovered an equivalent problem [Gotsman and Linial 1992]: For any subgraph of the $n$-dimensional hypercube with (strictly) more than half vertices, whether its largest degree is at least $h(n)$, with $h$ being a polynomial.

How Hao Huang proved it

To prove [ \text{degree}(\text{a subgraph with more than half vertices}) \ge \sqrt{n}, ] Hao Huang introduced some middle men: not one, but two!

Above, I teasingly called the 2nd middle man an impostor, which has a very bad connotation. Here, I want to emphasize that he is a benevolent impostor. He did not flip his moral standards to get maximal personal gain. Instead, he did it for the purpose of easing the communication of his clients. Without him, Cauchy’s Interlace Theorem would have been useless here.

To see this, below I plotted the distribution of the eigenvalues of the original adjacency matrix (before the flip) of the $n$-dimensional hypercubes, for $n=1, 2, \ldots, 10$. We can observe that the $2^{n-1}$-th largest eigenvalue barely increases with $n$. In other words, we are unlikely to get a polynomial relation without the flip. 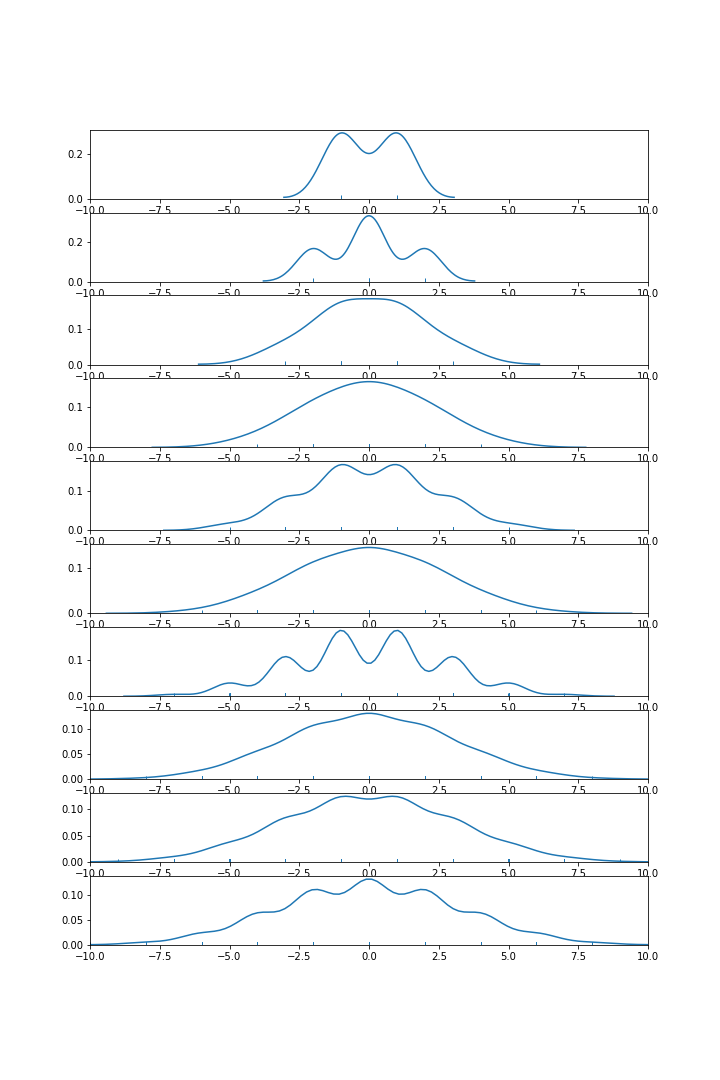 This post is written for math students and non-experts. I recommend, below, other materials for the general public and the experts

For the general public:

For students and non-experts: