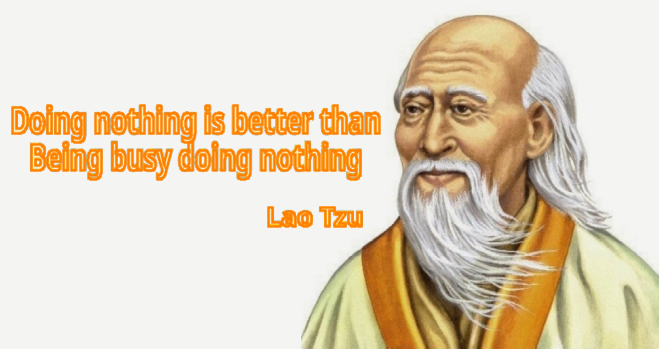 The key to facing Omicron is to 1) slow down virus transmission and 2) increase medical resources for those with severe symptoms. China, with its crowd control technologies, relies on the former with city lockdown. Western countries, instead, focus more on the latter for fear of hurting the economy and people’s well-being. As for Africa, with neither the crowd control technologies nor western countries’ high development level, what can they do? This blog post will show that, with inexpensive self-test kits, Africa can significantly slow down virus transmission without the side effect of city lockdown.

In this post, I will first point out that Africa cannot copy China’s universal screening, nor does it make sense for Africa. Then, I will decompose the various effects of China’s strategy and show that these effects can all be achieved with self-test kits rather than universal screening or city lockdown. In particular, I will introduce the self-bubbling effect and differential privacy. Since there is no lockdown, the economy can function normally, all with the epidemic tamed.

Irrelevance of universal screening for Africa

First, universal screening identifies the infected persons and serves as the basis of quarantine. An ideal screening which detects all infected in the crowd at the moment, followed by perfect quarantine separating them from healthy people, has the power of stopping the epidemic immediately. In practice, not all people can be detected, nor can the screening finish in the blink of an eye, so universal screening can only slow down the epidemic. If the virus reproduction rate drops below one, the virus will die out. Otherwise, the epidemic will continue, with a flattened curve, though.

Third, universal screening serves as a pretext for lockdown. The Chinese government is unwilling to confirm infected cases, so they cannot use the confirmed cases as a reason for lockdown. The screening then becomes the reason. The lockdown will be in effect as long as the screening is going on, hence the reason for the repetitive screening. Many screening sessions in China actually ease the spread of the virus. I suspect that it is the accompanying lockdown that offsets the side effect (more on this later).

Fourth, universal screening gives an estimate of the epidemic severity. From the number of newly confirmed cases each day, the government can know the current stage of the epidemic and forecast the peak. Although this information may not be available to the general public, it can help the government make preparation in advance.

With these four effects, universal screening flattens the curve and arms the government against the impending peak.

Self-test kits slow down the pandemic

If all the universal screening does is slowing down the pandemic rather than terminating it, this slowing down effect can be achieved by self-test kits without the government’s intervention. Moreover, a small number of self-test kits suffice: there is no need to distribute everyone a kit.

Instead of using the self-test kits (or PCR tests) to search for the infected, the trick consists in letting the infected search for the kits. As long as the kits are for sale, those with symptoms will worry about the health of themselves and their families and acquire the self-test kits. People unemployed or with low income may hesitate to do so, in which case the government can finance the kits in the presence of a symptom along with a low-income or unemployment certificate. Then, everyone with symptoms, including those truly infected, will get a self-test kit.

Then, those who tested positive will distance themselves from others spontaneously. The rich among them may move to a hotel and isolate themselves from their families. The poor may be unable to do so, in which case the government can provide them with an isolating shelter in the presence of a positive follow-up PCR test outcome. Some poor may still be unwilling to get quarantined for fear of income loss and thus choose to hide their infectious status. They, however, will at least adopt what I call a self-bubbling strategy by avoiding close contact with their family and coworkers.

In addition to those tested positive, the false-negative and those untested will also increase social distance. This behavior is based on two beliefs. On the one hand, they know that some infected are in their surroundings since the government does not force the quarantine. On the other hand, they believe that they are not infected. Therefore, they will distance themselves from others as a method of self-protection.

Self-test kits can also help the government estimate the number of the infected population. The government can sample the population and distribute self-test kits to them. At first glance, the self-reported tests are not as reliable as the PCR tests because the infected may lie. However, this problem can be effectively solved with differential privacy.

Differential privacy can prevent the government from knowing the infection status of every individual. To do so, each individual tested tosses a coin. If the coin is head up, he reports the test result as is. Otherwise, if the coin is tail up, he randomly reports positive or negative (say, by tossing the coin a second time). In this way, whatever the reported result is, the government has no way to know for sure whether the individual is infected or not. Tested subjects thus have no motivation to lie.

The proportion of infected people can still be correctly estimated regardless. Given the sensitivity of test $\alpha$ and the specificity $\beta$, the infection rate is approximately [ \frac{2r + \beta - 3/2}{\alpha + \beta - 1}, ] where $r$ is the reported positive rate. It is noteworthy that the sensitivity and the specificity do not need to be close to 100%. As long as both $\alpha$ and $\beta$ are above 50%, the estimation is valid. The government can therefore purchase the cheapest kits and distribute them to the population.

The government can then evaluate the progression and severity of the pandemic and make preparation in advance. Furthermore, African countries can use this statistic to request international aid from WHO.

It is advised that couples living in different locations test themselves with the self-test kit before dating. It is a behavior demonstrating responsibility for the partner. As for those with low income, if they cannot afford a self-test kit, they probably cannot afford a condom either. In this case, they deserve no sex.

This section will first compare the anti-COVID strategy I proposed to Africa against China’s current strategy and then analyze their respective footprint on the economy.

It is a common misunderstanding that quarantine alone can slow down the epidemic or, equivalently, flatten the curve. In fact, the slowing down effect does not depend on the number of the quarantined but on the promptness of the quarantine and the behavior change of those unquarantined.

When the infected are too numerous to quarantine promptly, quarantine can only delay the peak but not flatten the curve. Then, changing the behavior of those unquarantined (including those uninfected) becomes the sole option to slow down the epidemic.

With resources saved from lockdown and perfect quarantine, the government can use them for patients with severe symptoms and hence reduce the mortality rate.

Since there is no lockdown needed, the economy can function normally. The Chinese government claimed that the mass-produced PCR tests were cheap, but they clearly overlooked the opportunity cost, namely, the GDP loss.

Although Africa cannot have the same openness as western countries, it can leverage the inexpensive self-test kits to achieve the same effect as China’s high-tech strategy. In addition, it requires no city lockdown or perfect quarantine, which saves medical resources for those with severe symptoms. Thanks to the little to no footprint on the economy, Africa can take advantage of this opportunity to catch up with China.