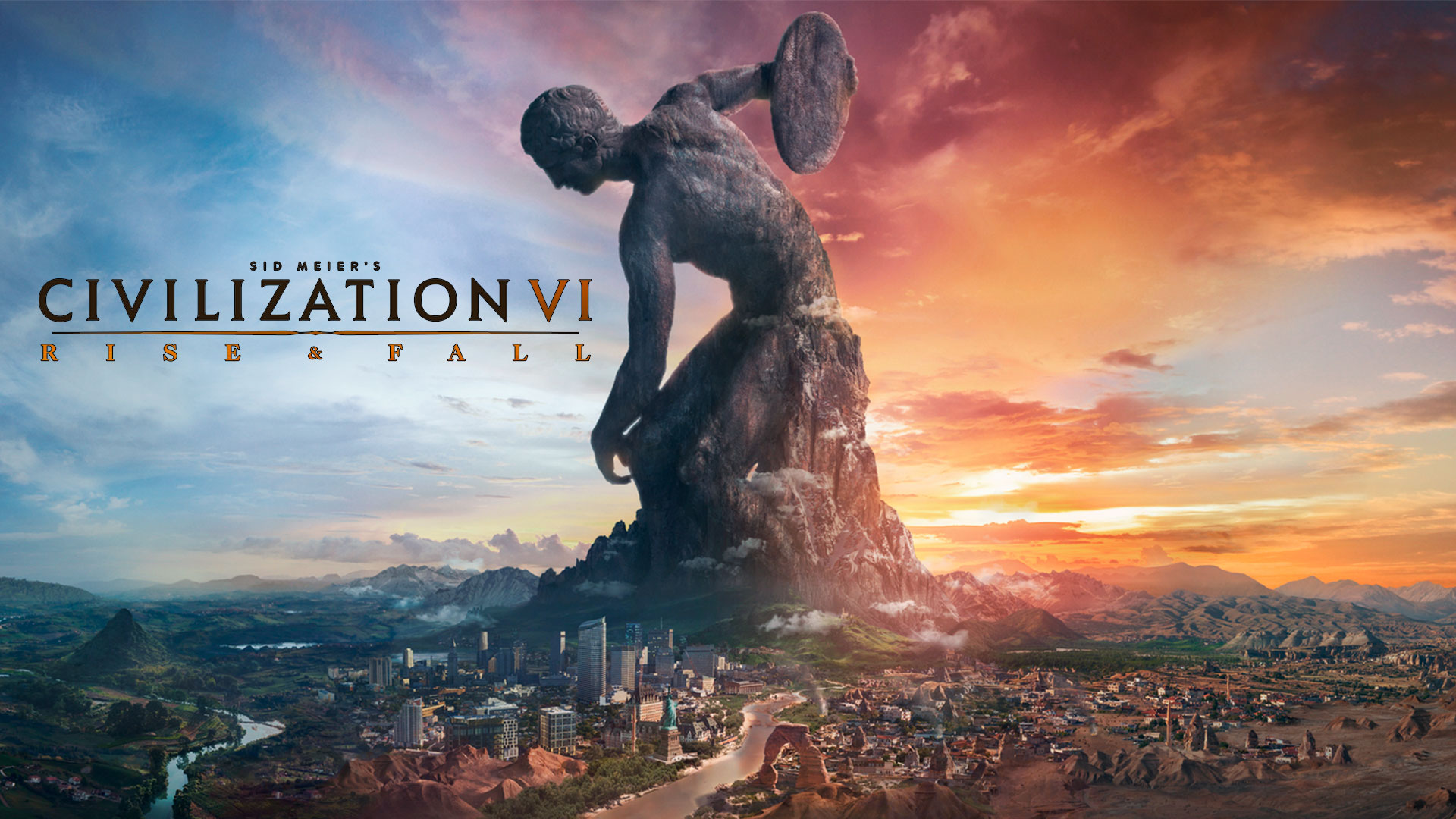 Sid Meier’s Civilization is one of the most famous 4X video games ever created. It is not only entertaining but also pedagogical. In this post, I will talk about the hidden knowledge in this game. This post is mostly based on Civilization 6 (hereafter Civ6) as this is the only version I have played, but the knowledge in this post will, I believe, apply to most versions in this franchise.

Amenity of your empire.

Each particular type of luxury resource gives one

Amenity. For example, if your empire possesses one source of coffee, you will get one

Amenity. If your empire possesses 2+ sources of coffee, it still yields only one

Amenities, they can be effectively traded with other civilizations. For instance, Ethiopia has two sources of coffee and thus gets only one

Amenity. They can trade that one extra source of coffee with France for one source of wine. Thus, Ethiopia gets two

Amenities, one from coffee and the other from wine.

The above trading activities echo economist Adam Smith’s view about trading. He believes that trading occurs when two nations have their respective absolute advantages. If one country’s climate is good for planting bananas, and another country’s advanced technology allows the construction of automobiles, then these two countries can trade bananas against automobiles and hence improve the well-being of each nation.

Adam Smith’s theory was later overhauled by another economist David Richard, who pointed out that relative advantages can also be the reason for trade. Let me illustrate this idea with an artificial example by supposing that US president Joe Biden is also the best carpenter in this world. That is, Joe Biden has an absolute advantage in both making political decisions and crafting wooden furniture.

Should he choose the president or the carpenter as his job, or should he do both? Unless Joe Biden has an obsession with carpentry, he should definitely choose to be the president, for the well-being he could create as a president is much higher than when he is a carpenter. In other words, he “sells” his political wisdom and buys furniture from others even though the furniture bought is of less quality than he could make.

Strategic resources are not initially visible on the map, although they exist out there since the beginning of the game. To recognize a certain kind of resource, you need first to research the corresponding technology. For example, Bronze Working makes iron visible on the map.

This aspect of the game is quite appreciable because it authentically reflects the advance of human history in a wider sense. Bacteria were first observed by the Dutch microscopist Antonie van Leeuwenhoek in 1676, though they exist long before the first human.

Malaria was regarded as a disease caused by secret force in swamps until the French army doctor Charles Louis Alphonse Laveran observed parasites inside the red blood cells of people infected by malaria. This parasite has been existence for 50,000-100,000 years.

Sometimes, this kind of discovery is not a one-time achievement. It involves discoveries and rediscoveries. Artemisia annua has been used for malaria by Chinese herbalists in traditional Chinese medicines for 2000 years. Inspired, Chinese scientist Tu Youyou and colleagues discovered, in the 1970s, artemisinins from artemisia annua, which replaced quinine and chloroquine as the recommended treatment for malaria.

The Frank-Wolfe algorithm was originally proposed by Marguerite Frank and Philip Wolfe in 1956 to solve optimization problems whose objective function is nonlinear. It was replaced soon after by other more powerful algorithms such as the interior point method. However, in recent years, the Frank-Wolfe algorithm was revived as it was found to be particularly efficient for sparse problems in this big data era.

In Civ6, if your army is too close to another civilization’s border. They will politely request the leave of your army. If you don’t abide, the inter-nation relationship will degrade.

In real life, this aspect is especially true for two powerful nations sharing borders. Local conflicts can emerge at the border and eventually ignite a war between these two nations because neither country wants to lose face in this dispute.

Barbarians in Civ6 are NPCs that are at war with all civilizations. They now and then emerge out of nowhere and harass your nation and plunder in your cities. Barbarians can be terrestrial or aquatic. The aquatic part is known as pirates.

I don’t know whether it is intended, but this aspect of the game does remind me of terrorists. Yeah, terrorists may be called the modern-time barbarians. The video clip where Taliban soldiers played in the gym reminds me of the Civ6 barbarians plundering in the Entertainment Complex district and regenerating health.

City-states are, like barbarians, NPCs in the game, which own cities, just like the players, but do not compete with players to win the game. They exist out there to help players achieve their goals (or impede them).

City-states are of different types: trade, religious, militaristic, scientific, and cultural. You can develop trade with them and send envoys to them, which will benefit your civilization depending on the city-state type.

In real life, Vantican can be regarded as a religious city-state, Hong Kong and Singapore trade city-states, Taiwan scientific city-state (for their chips). I regard Japan also as a city-state, a cultural one, because, on one hand, it has military bases of the US and its army is of self-defense purpose, and on the other hand, its manga is world-famous…

In Civ6, you cannot drop a city below 1HP with ranged attacks. The cities must be captured by melee units. This aspect of the game is quite realistic. Although we have developed advanced war machines like warplanes and tanks, we still need infantries. Infantries will never be obsolete, regardless of the era.

Production are the two primary elements in Civ6. I don’t know why the game creator picked them, but they make absolute sense to me.

Food represents the primary sector: agriculture, forestry, fishing, hunting, and the like.

Well, it is not a one-to-one map between these two couples of concepts. For instance, mining is within the primary sector, but in Civ6 it increases

Consume all you produced

One of the most notable differences between Civilization and other games, such as Starcraft, involves the use of fortune. In games like Starcraft, you earn a fortune by gathering crystals and gas and spend them later on whenever you want. In Civilization, you earn fortune (i.e.,

Culture) every turn and you must spend them immediately.

This difference requires the player to plan in advance. If they made a mistake, they can’t recollect the already expensed fortune.

This difference is related to the most important economic concept: supply and demand. There will be supply only when there is demand. In other words, if you don’t click on the building or unit to produce or the technology and the civic to research, the citizens will just not produce anything for you.

There are two important exceptions though:

Faith are not required to be immediately expensed. They can be regarded as storable fortune. In this case,

Gold can be regarded as the treasury of the government, which is the role the player is playing. The government collects taxes and later on pays

Gold to hire mercenaries and building parts of buildings. Similarly,

Faith can be regarded as a donation to the church.

In Civ6, if you have more citizens than the tiles that you can work on, the extra citizens will generate 1

Gold each to compensate for the 2

It is equivalent to say, in real life, for each extra unemployed person, the government gets, say, one extra 1000 dollars. I have yet to find any economic reasoning behind this game aspect. If someone has a theory, please brief me. Here, however, I have a model against this game mechanism.

Now, we have a new, unemployed citizen, who contributes nothing but still consumes 2

Food. This extra demand normally would increase the food price because the demand is increased whereas the supply is not. But the game itself does not take inflation into account. Let us, therefore, just suppose that there is no price increase.

Unemployment will not earn the government money. Instead, it will only worsen the government’s budget deficit, which is essentially why unemployment is one of the three subjects of macroeconomics, with the other two being GDP and inflation.

Civilization VI is a rich game, behind which there is lots of hidden knowledge, especially economic knowledge. This post did not discuss any gaming-related aspects, which would probably be the subjects of my future posts.